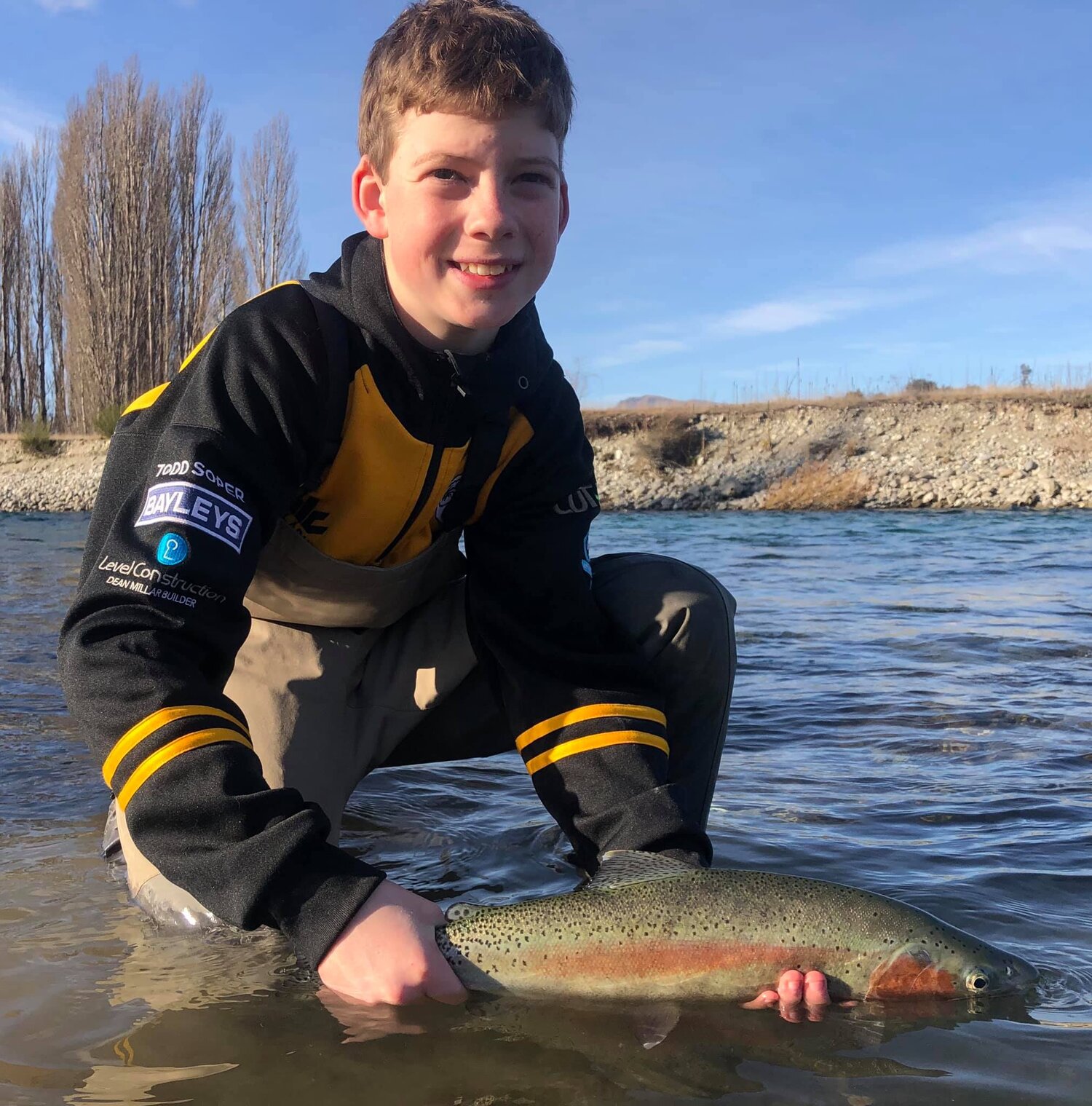 A quick fish on the Hawea river just out of town produced 2 nice fat wee rainbow trout for Louie. Hes really enjoying his fly tying and had just finished tying a couple of woolly bugger jig heads to get deep and cover some fish he had seen from a high bank over the school holidays a week earlier. Purple and black and rusty brown were the colors he’d chosen to tie them in and they both produced fish!

The river was dammed in 1958 and is under the control of Contact energy .Lake Hāwea is New Zealand’s ninth largest lake. The only flat land around the lake is at its southern end, surrounding its outflow into the Hawea river, a short tributary of the Clutha river, which it enters near the small township of Albertown. The lake offers excellent water sports and fly fishing (brown trout, rainbow trout and salmon) and the surrounding countryside has game such as Red Deer, Wild Goats, Chamois, Thar, Quail, ducks, and Geese. The area has a fairly dry climate and can be extremely hot in the summer months.

Over the winter months the lake level fluctuates dependent on the demand for power which at times can see the Hawea river level drastically rise making it tough to fish for long periods of time. During the higher flows access to suitable fishing water becomes limited and the river can be very swollen and dangerous.