Tarpon create a memory that is hard to beat when you hook one of these amazing fish. The amazing acrobatics that defy gravity create a spectacle guaranteed to crack a smile on even the saltiest of fishermen. The official scientific name for Tarpon is Megalops atlanticus but you’ll find locals in the Gulf of Mexico, both sides of Florida and up the East Coast of the United States refer to them in slang terms as “Poon” or “The Silver King” . Tarpon by their nature of jumping, twisting and pulling while out of the water create a challenge in keeping the fish on the line long enough to bring boat-side. This is where the term “Bow To the King” comes from as when a tarpon goes vertical and takes to the air, the fishermen must bow to the tarpon to help prevent the tarpon from de-hooking itself. 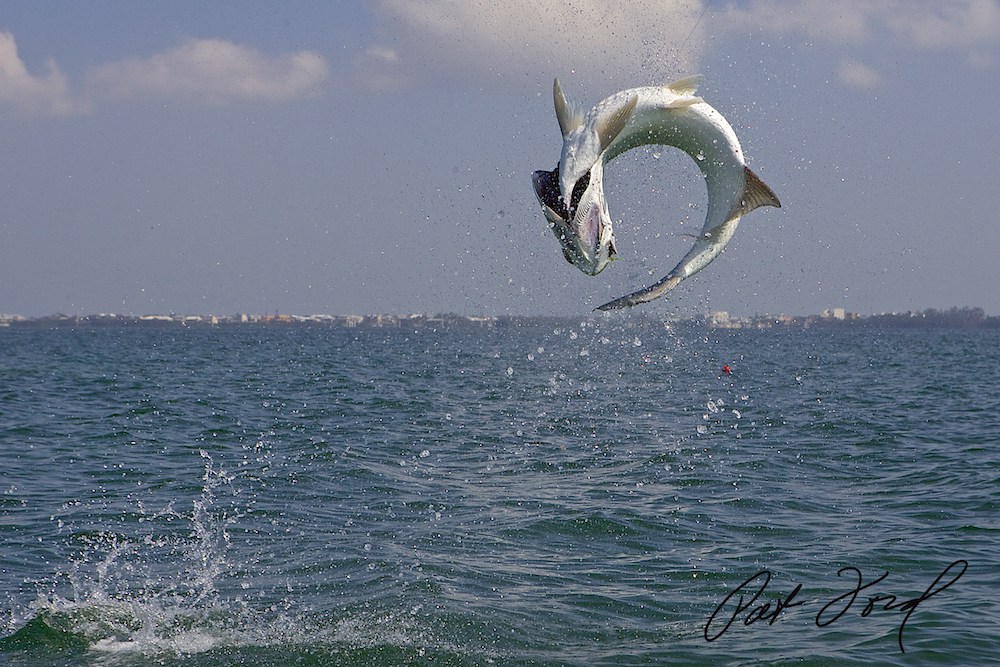 In the United States, the tarpon is a protected fish with very little commercial value for harvesting. As such there is little research to date on these beautfiful fish with much of the migrations, unique habits and life cycle still a mystery. When tarpon show up in skinny water during their migration they attract fishermen from all over the Gulf of Mexico and both sides of Florida who want to put their gear and them.

These fish can live for up to 55 years and in that time frame can reach mammoth proportions. The current fly-caught record is a 202.5-pound fish taken in Homosassa, Florida, by James Holland.

It is not uncommon to see a pod (group) of Tarpon rolling and gulping air. This highlights a unique function of the tarpon’s swim bladder as it serves as an auxiliary respiratory organ as opposed to acting as ballast for most fish. The tarpon’s swim bladder is lined with tiny blood vessels capable of removing oxygen from the air while gulping or rolling. This is such a critical function for these fish at certain times of their life that juvenile tarpon must have access to gulf air for survival. The frequency of the tarpon gulping is dictated by how much oxygen is found in the water. 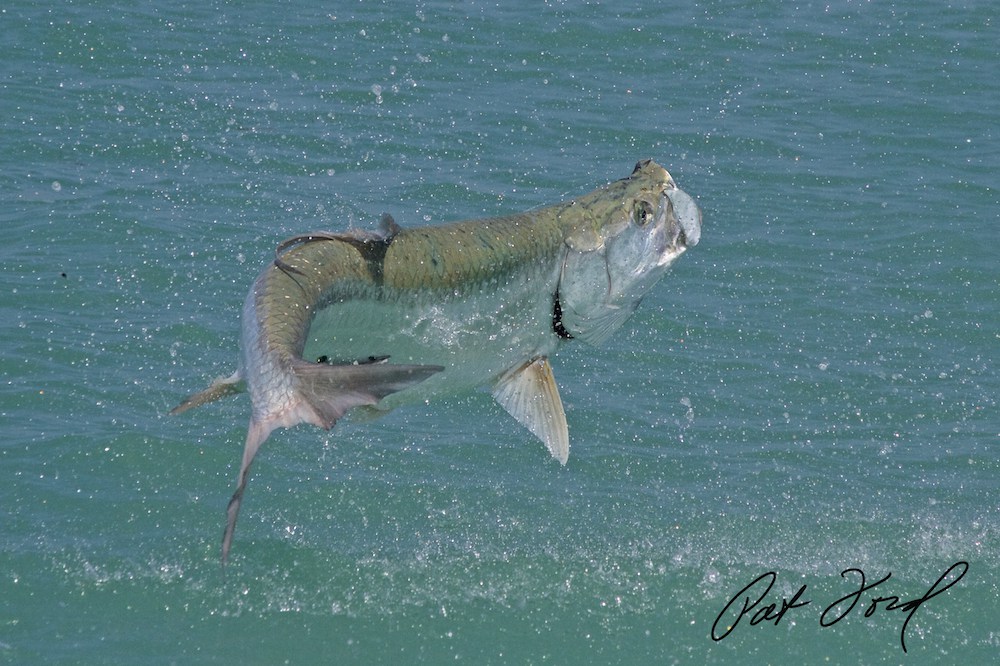 While picky at times, Tarpon can be super aggressive while feeding. What is funny is that even the largest tarpon will eat ridiculously small prey t .the saying, “Bigger the Bait, Bigger the Fish Caught” is not always the case when fishing for tarpon. When tarpon are feeding they’ll dine on about anything including shrimps, crabs, and worms or flys & lures meant to mimic them. They do however prefer baitfish such as spanish sardines, pinfish and mullet. Tarpon feature an extremely boney mouth and swallow their prey whole so setting the hook is critical to bringing the fish in.

Here is a great example of Tarpon Crab or Pass Crab, a favorite bait used to catch tarpon in SW Florida. These crabs are the size of a silver dollar and are favorites by charter captains during an outgoing tide or low light conditions when the silhouette works to the angler’s advantage against the back-drop of the water. 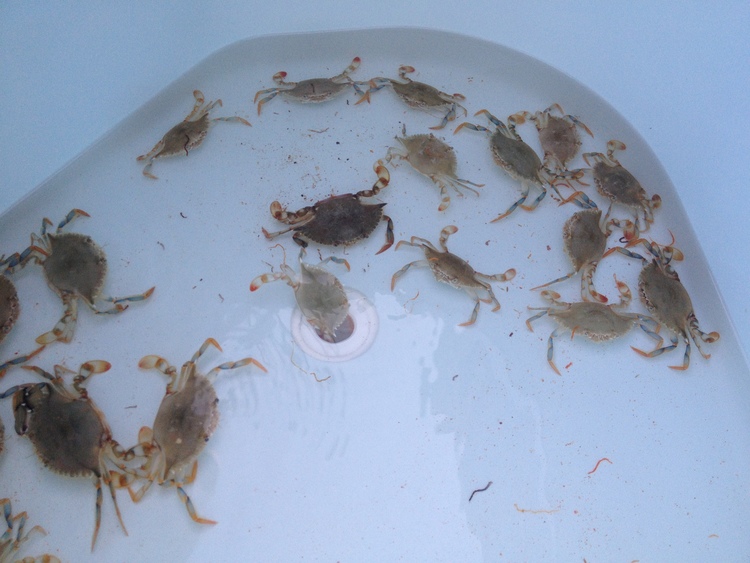 If you love Tarpon, check out these great designs from our Tarpon Collection of decals, apparel and hats:

You can learn more about Pat Ford and his amazing adventures by clicking here.