A journal entry from spring trout fishing in the Vermont settlement 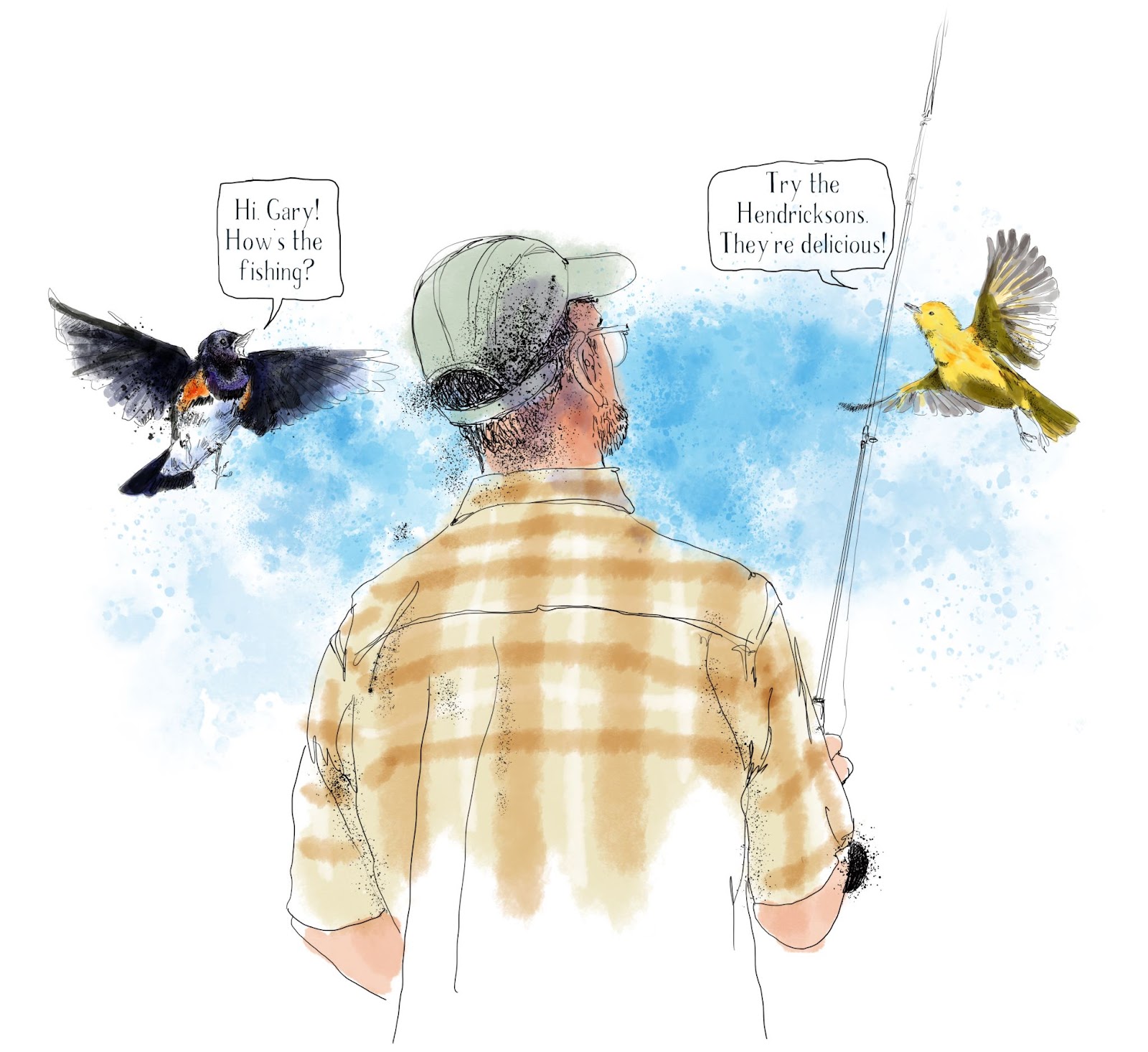 I finally had time to enter the garden. After being so responsible, I definitely had to take a break and go fishing. I leave around 3. Conventional wisdom would say it wouldn’t be the best time to fish on a cloudless day with the temperature approaching 80º. I checked the streaming temps online and saw they are only at 60º. Anything too much and the trout will be stressed. It will be a good day to try the flowy thigh boots because they are very warm. Even though I fish most days, I still get excited as I drive through town on the way to the creek. People ask if, since I fish every day, I’m tired of trout fishing. I always reply that on every trip I can honestly say “there’s something I’ve never seen before”.

The water is low and clear. The fish spooked at every movement. There is a large beaver dam in the forest. I see a small dead trout in the shallows. Is it because the water has been slowed and warmed by the dam? Oxygen is low and he may have suffocated. Or it’s stuck by a fisherman. Or it’s hooked by a fly fisherman. Next I pass a turtle buried in the mud. Is he dead? On the way back it ran like this, no. There is no receiver on a dry fly. The collective wisdom may be right. It is not the time to fish for trout. 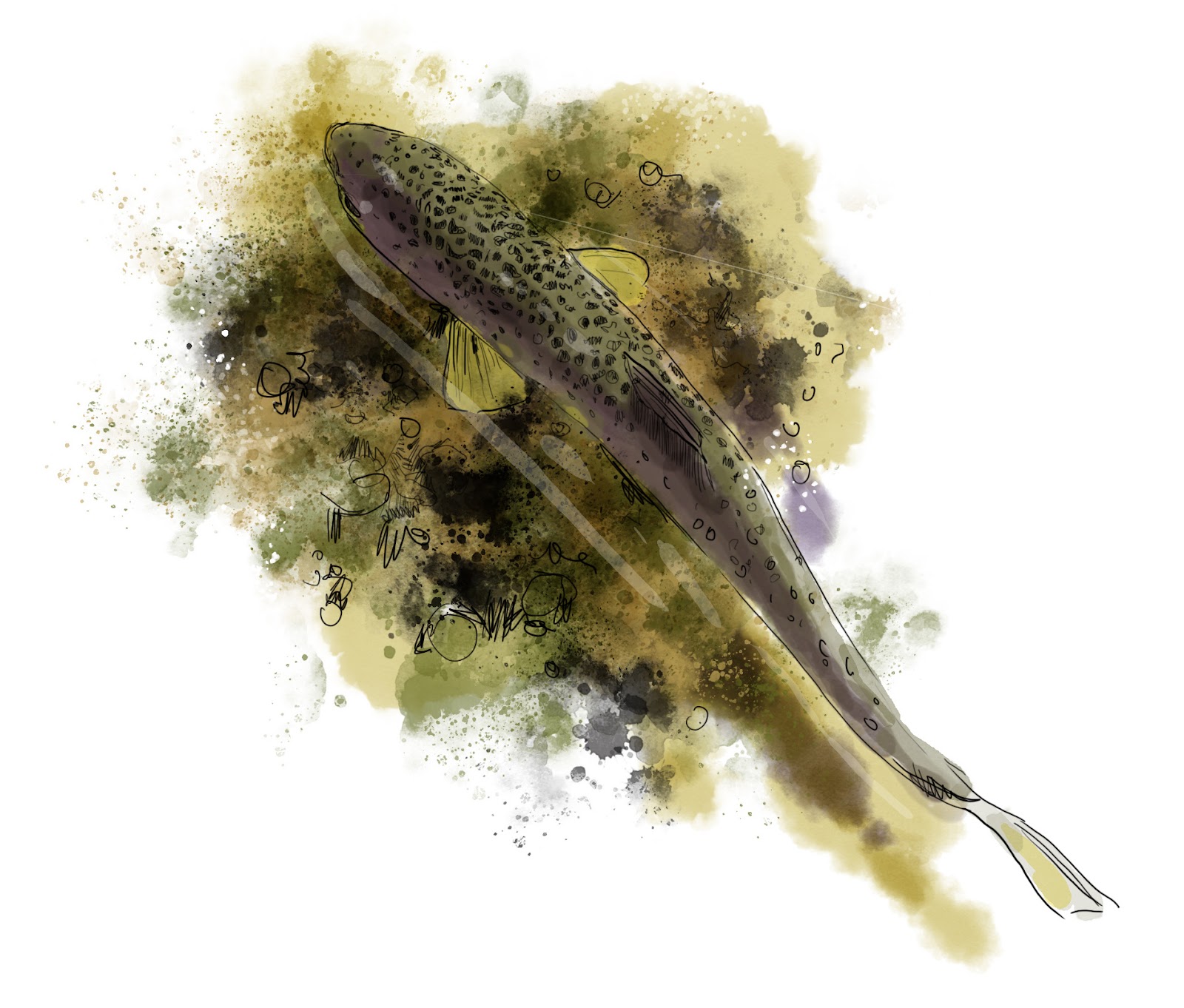 I go upstream because, well why not? On the first cast with some dry fly, the line seems to move on its own. I don’t even see what’s moving the line until I roll in the line and see the buttery yellow sides as I remove it. A 13 inch brown trout. Now Yellow Warblers and American Redstarts are flying on either side of me like a Disney movie. I wouldn’t be surprised if they started talking to me or burst into song. Yellow Bite’s little black eye staring at me looks so intelligent. The yeast flies they are eating look like a Hendricksons. This could mean good fishing ahead.

Fishing every day makes each day less essential, less of a frantic rush, and allows you to see patterns in nature or try things that go against the collective wisdom, like fishing in the middle of a hot day. It’s less about skill, and more about brute force in the amount of data I can gather in the hours spent fishing these waters. This creek bend is where I taught my daughter to fly fish. We spent hours on a bend in the stream trying to get him to hook on a trout. She must have cast to feed the trout in that corner more than 40 times before she landed one of her first trout. I have since referred to that section as “Emily’s Corner” when I share the day’s fishing report with my fly fishing friend. My daughter just beamed with pride the day I told her about my encounter with a perfect stranger at the creek one day, who commented that they “got a nice cup of coffee from Emily’s corner.” Immortalized 30 years ago, what could be more satisfying?

All aspects of our natural world are interconnected in many interesting ways, and the more I take time to learn about those interdependencies, the more I am amazed at the complexity in even the smallest systems. 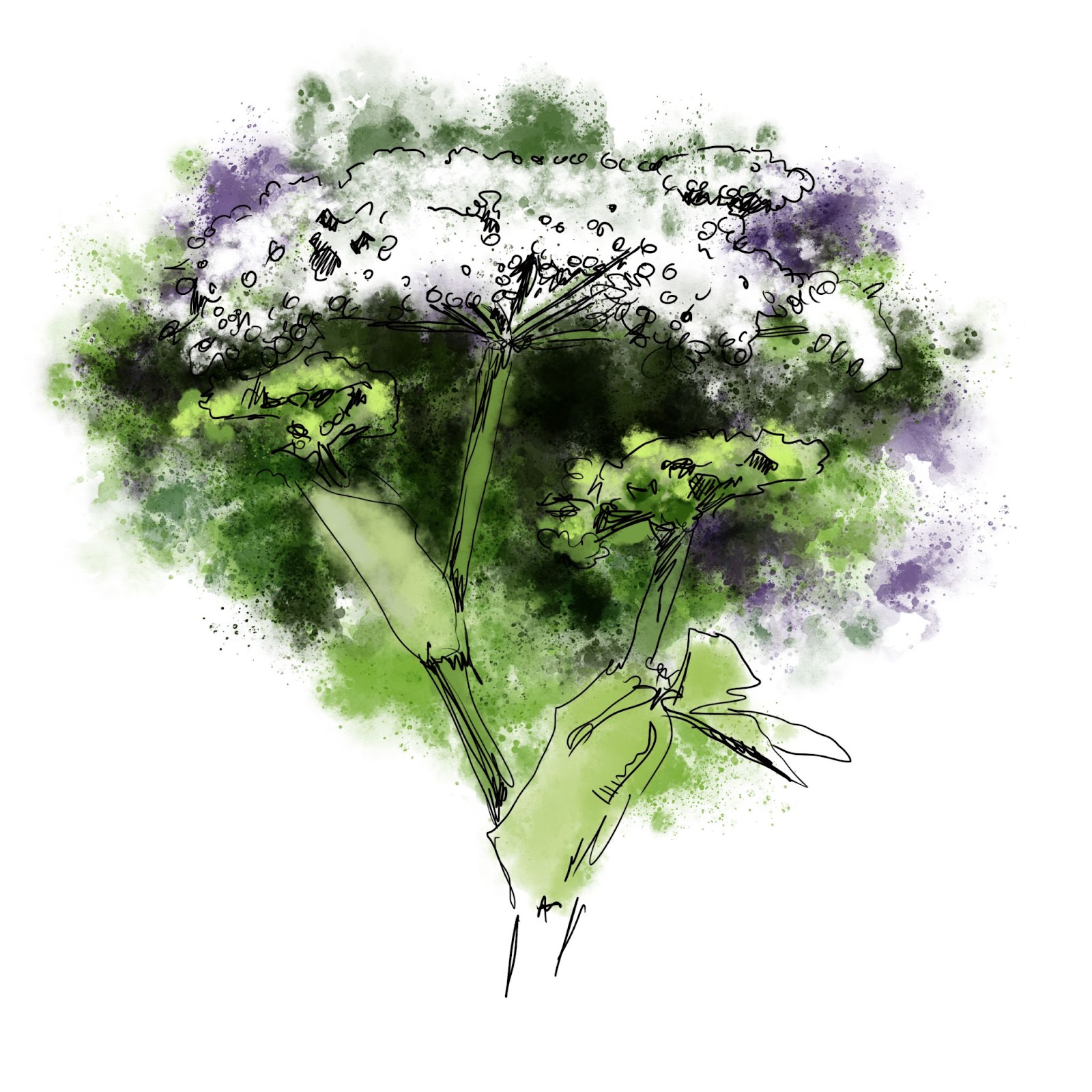 Botany comes into play in obvious ways—knowing what nettles or cow parsley look like. It occurs to me that something always seems to be trying to harm me, the interloper, out here. But botany also plays into the fishery in ways that look favorably on the watercress, and knowing that mushrooms, a type of freshwater shrimp, favor living in watercress and that trout will eat mushrooms when insects are not present. It’s also nice to smell the mint while walking along the stream bank or maybe break off a piece of horsetail to marvel at how it grows in pieces and feel the grit that legend says was used to clean dishes before Brillo. Pads appeared in stores.

I move upstream to the last run I will be fishing today. There’s Hendrickson in the air. Fish are cut and eaten with gusto in the fast water. Even though I see the fish, choose the fly, plan the cast, the take surprises me and pulls it off. I catch a 15 inch even farther. Is it the same fish? I do not think so. 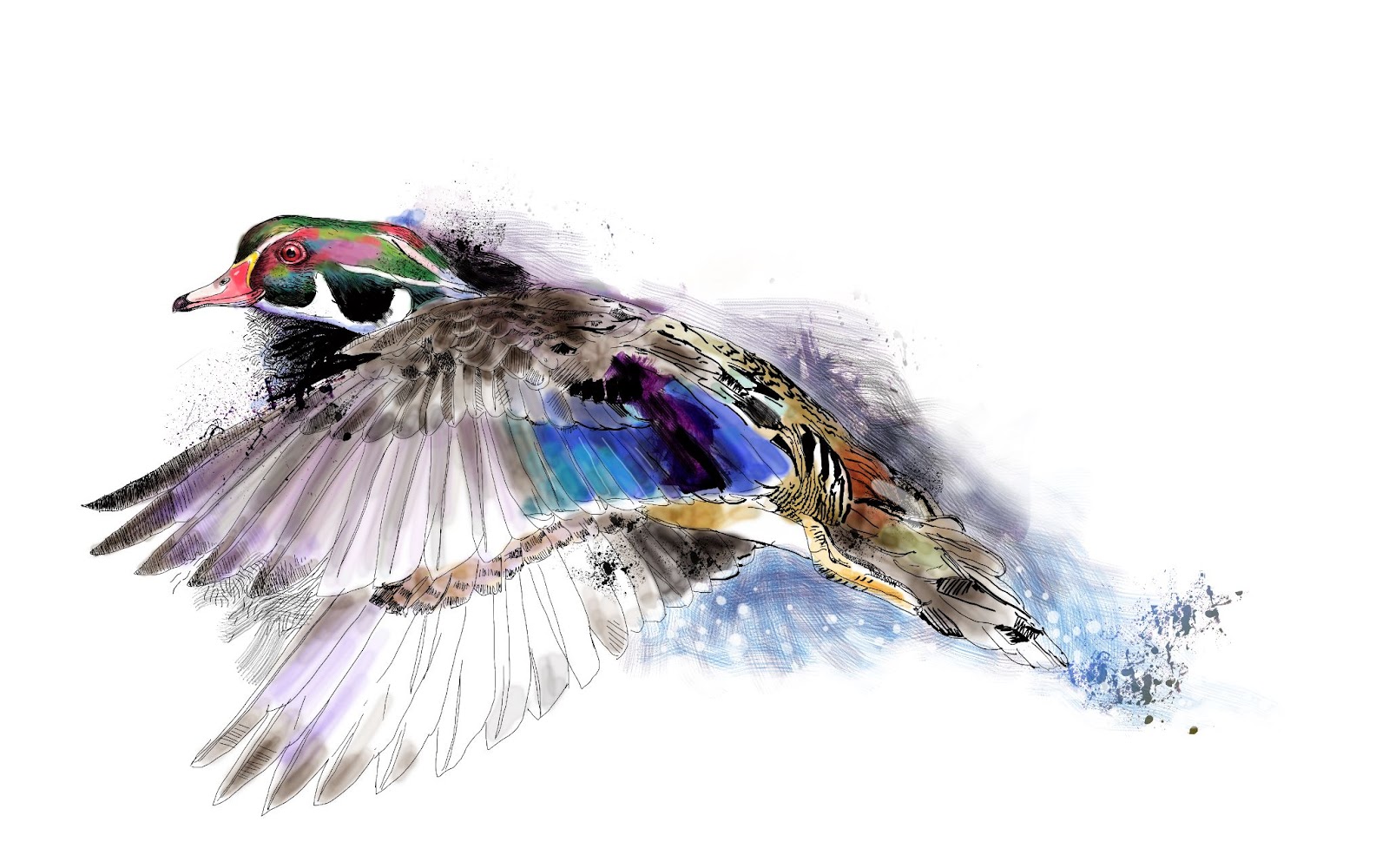 A wooden duck pops out of the water as I work around a corner. I will add it to the list of birds I saw today; a screech, yellow herons, a green heron, bald eagles, turkey vultures and a gray bird that I will have to look for later.

As I walk back to the car, 30 or so Mazda Miata convertibles pass by and give a friendly wave. They enjoy the view of the city from a speeding car and love it. I think about how much detail in nature they miss at that speed, but also how much I must miss on a daily basis, not farming for a living or slowing down enough to take it all in. I think I have become part of the rural character of the city. “See some colorful native fishing in that little stream.” I spot two red tulips by chance on the side of the road. They seem out of context or out of place. But still beautiful to look at and someone who loves red tulips will appreciate it more than I do.

Fishing in the town is only accessible due to the generosity of landowners who allow anglers on the river by permit or through an easement with the DNR. Please make sure you know where you are and respect every landowner and their property. Those of you who fish the city streams will know exactly where I was, and those of you who don’t, don’t ask.